The City of Elmhurst wastewater treatment plant was designed to treat an average flow of 8.0 MGD and maximum flow of 20 MGD, and includes three anaerobic digesters. This project consisted of preparing design documents and construction of improvements to Digester No. 2 (the South Digester) delivered as a design build. The need for these improvements resulted from the failure of the existing cover.  The South Digester cover was a spirally guided gasholder with outdated gas injection mixing equipment. The decision was made to replace the cover and to use the cover replacement as an opportunity to update the mixer to improve mixing, reduce grit deposition in the digester, promote better digestion performance, and reduce power consumption. 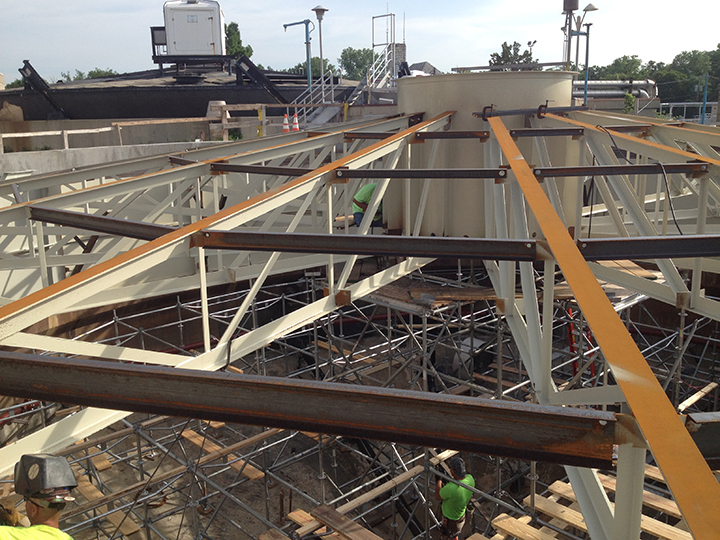